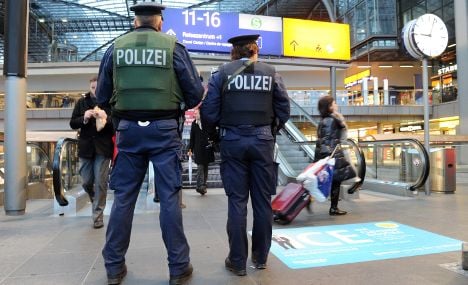 “We must assume that the exceptional circumstances for police through the acute terror danger will last long into the next year,” he told the paper, adding that law enforcement personnel would not be capable of sustaining that level of protection.

Jansen suggested that the country turn to military police for help. He also said that Germany could take advantage of current plans to end conscription and cut military forces by some 80,000 in July, explaining that these troops could transfer to police service.

Meanwhile the new leader of the GdP police union, Bernhard Witthaut, said officers are at the end of their capacity. In an interview with broadcaster Bayerische Rundfunk he called for an end to hiring freezes.

“We must remember that in the last few years more than 9,200 positions have been cut,” he said. “In the coming years states plan to cut another 9,000.”

Lower Saxony Interior Minister Uwe Schünemann (CDU) also called on the federal government to bring in troops to serve at home – something they are currently not permitted to do.

“There are two situations in which the Bundeswehr has authority, in air defence and sea security,” he told daily Rheinische Post, referring to the coordinated suicide attacks of September 11, 2001, when al-Qaida terrorists hijacked aeroplanes to destroy the World Trade Centre towers in New York City and the Pentagon in Virginia.

“In Germany we have a security gap because we have not decided what to do in a similar case – to deter or shoot down?” he asked.

Germany has been on high alert since last Wednesday when federal Interior Minister Thomas de Maizière announced the government had “concrete” indications that Islamists were planning an imminent attack.

On Monday, police closed the dome and roof terrace of Berlin’s Reichstag in a dramatic security clampdown following reports that Islamists were planning a Mumbai-style attack on the building.