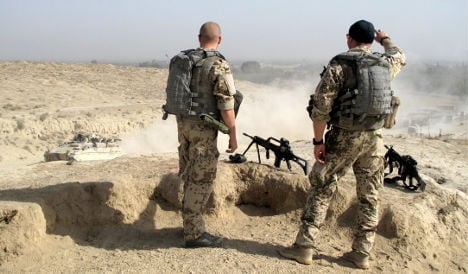 The Bundeswehr is struggling to plug the shortage in mental health experts, the Kölner Stadt-Anzeiger reported, citing a confidential Defence Ministry memo as well as a report by the parliamentary liaison to the Defence Ministry, Thomas Kossendey.

Of the 42 psychiatric posts allocated to the Bundeswehr, just 24 are currently filled, the reports said. By 2012, eight new trained psychiatrists are due to take up posts in the services, but six existing specialists will end their time with the Bundeswehr over the same period.

Despite intensive efforts to attract psychiatrists, the Bundeswehr has had only isolated successes because the civilian job market offers better conditions at the moment, the reports said.

The number of traumatised soldiers reached a new high with 483 cases in the first three quarters of 2010.

Meanwhile the junior government coalition partner the Free Democratic Party (FDP) fears there will be a shortage of other qualified professionals in the armed services, and is demanding a recruitment drive offering more attractive conditions, the Financial Time Deutschland reported. Because of the recent decision to suspend military conscription, in addition to the skills shortage in business and demographic changes, the Bundeswehr faces a shortage of new recruits, FDP defence expert Elke Hoff said in a discussion paper.

To make sure the personnel shortages don’t hinder the ability of the armed forces to fight, a major recruitment drive is necessary, Hoff wrote. That includes the need for a more generous pay structure, better further education and improvements to the way personnel could balance work and family.

The news came as three German soldiers were injured in Afghanistan early Monday in a roadside bomb attack by Taliban fighters, according to a Bundeswehr spokesman in Potsdam.

Two of the soldiers were seriously wounded and were expected to be back in Germany for treatment within 24 hours, according to daily Bild. The third was only mildly injured. All were in a stable condition, Bundeswehr sources said.

Abdul Rahman Aqtaash, the deputy police chief for the Kunduz region, where the attack happened, said a hidden roadside bomb had exploded as the military convoy carrying German soldiers drove by.