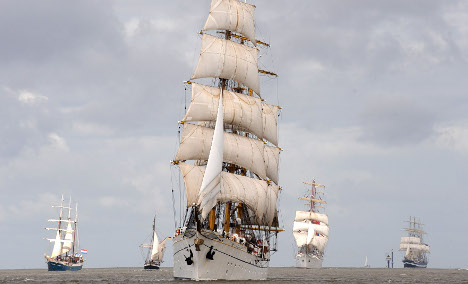 The spokesperson for fleet command in Glücksburg, Jan Ströhmer, told broadcaster NDR that 70 other officer candidates who had been training on the three-mast barque would fly home to Germany in the coming week.

The decision was made in consideration of the crew’s morale after their 25-year-old shipmate’s death. The sailor from Lower Saxony fell during a climbing exercise in the Brazilian port of Salvador de Bahia, crashing from the vessel’s rigging onto the deck and dying of her injuries in a nearby hospital, the navy said.

They will continue their training at the academy in Flensburg, Ströhmer said.

Training on the ship is set to resume in September 2011.

The young Holzminden woman’s death was the sixth on board the ship since it was built in 1958. She had been in the German military for three-and-a-half years and belonged to the Mürwik naval academy in Flensburg.

The Gorch Fock set sail from Kiel on August 20 for a training mission in South America set to be the longest in the ship’s history.

The last deadly accident on the ship occurred in September 2008, when another female officer candidate, 18, fell overboard during her night watch on the North Sea.