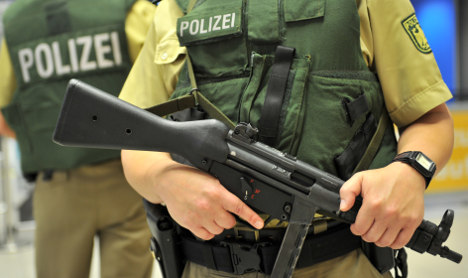 Ralf Jäger, interior minister for North Rhine-Westphalia, said electronic data gathering and saving was urgently needed in the fight against terrorism – a view shared by police.

“Data protection is natural. Yet we must not develop too much of a victims’ mentality that criminal offences may not be fairly investigated and criminals cannot be brought to account,” said Jäger, of the centre-left Social Democrats party.

He called on justice ministers, federal and state, to enact uniformity of laws on data collection and saving. It wasn’t a matter of retaining the content of, say, phone conversations, but rather monitoring connections between people.

“Who has called or emailed who? From which email account?”

“There’s reason to be worried, but no reason for hysteria,” he said, mentioning “concrete leads” being followed by the authorities.

In March, the Constitutional Court ruled that the mass storage of private records breaches Germany’s constitution, effectively overturning a law passed in 2008 that compelled communications companies to keep tabs on customer phone and internet usage for six months.

Conservative politicians also bemoaned the fact that authorities could not lawfully gather electronic data. Hans-Peter Uhl, interior affairs spokesman for the CDU/CSU parliamentary group, said that anyone opposing such gathering did not understand the threat.

“The first time a terrorist stands at a train station with a bomb, it is too late,” he said.

Konrad Freiberg, head of the GdP police union, there was a backlog of preventative measures that had not been taken. Without naming specifics, he told daily Hamburger Abendblatt that “some steps have been missed” and that “there are security shortfalls of which we have already advised.”

Furthermore, the public was not prepared for the aftermath of an attack, he said.

“That is not the right measure to protect us against attacks,” he said.

Schünemann, of the conservative Christian Democrats, had warned in a position paper of the rising threat posed by homegrown extremists and classified some 130 German radicals as “high-grade violent threats.”

Together with sympathisers, “the militant potential lies potentially at about 400 people,” he wrote. These groups had to be monitored around the clock. Preventative measures such as electronic ankle bracelets for monitoring extremists, restraining orders and confiscations of mobile phones and computers needed to be considered, he said.