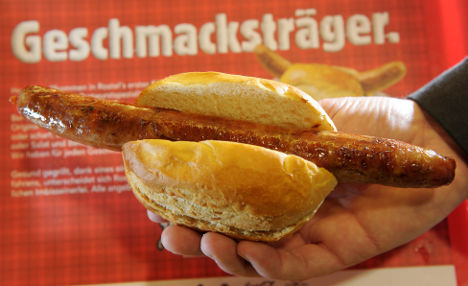 Marco Bruns and Felix Rennies believe Germany’s favourite sausage should crispy on the outside and juicy on the inside. But after being disappointed by one bratwurst too many, they came up with the “Wurst Toaster” as the solution to what they considered a national food crisis of epic proportions.

Now the Bremen-based duo is hoping their invention will take Germany’s snack shops and petrol stations by storm starting next summer.

“When the bratwurst is done, it beeps three times and it pops out like a toaster,” said 25-year-old engineer Rennies, who developed the device in his cellar.

His 28-year-old partner Bruns handles the business side of their endeavour, which was recently won a government-backed prize for innovation.

Though Germans revere bratwurst, the two entrepreneurs found the national culinary treasure rarely tasted as good as it should. They now hope their invention will allow kiosks and other takeaway spots to provide sausage as tasty as those found at a summer barbecue.

“The ritual of grilling is important to us,” said the avowed sausage fan Bruns. “We’re thinking of your favourite pub, where you could have a beer and sausage all year round.”

The Wurst Toaster has two holes for the sausages, which are cooked vertically like toast. This allows perfect roasting from all sides. Rennies is still tinkering with the device, however, as the entrepreneurs hope to ease cleanup and cut the cooking time to under three minutes.

“Any longer is too much for selling sausage at a gas station,” said Bruns.

Though the Wurst Toaster works with all kinds of bratwurst, the two are also developing a “smart” sausage that would offer optimal snacking results.