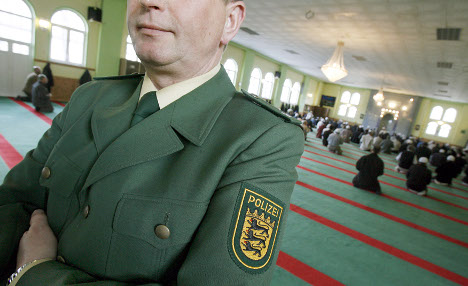 “A mobile and computer ban for Islamist agitators would hinder their communication,” Schünemann told the Neue Osnabrücker Zeitung

Speaking ahead of a meeting of German state interior ministers in Hamburg this week, Schünemann also said known Islamists should be forbidden from visiting radical Mosques and problem areas.

He said state police should be given the authority to monitor the e-mails and telephone calls of such suspects before they had committed a crime.

Schünemann is likely to find more support for his other initiative for the interior minister conference – ending the deportation of well-integrated young refugees and immigrants.

“With a unanimous resolution, preliminary protection against deportation could be achieved,” he told the Hannoversche Allgemeine Zeitung.

His counterpart for the city-state of Bremen, Ulrich Mäurer, a centre-left Social Democrat, also supported such a move.

At the conference on Thursday, the states of Lower Saxony and Hamburg hope to convince other states that well-integrated refugees and immigrants who came to Germany as children deserve residency status.

Currently these children and teens are dependent on their parents’ visas, regardless of how well they’ve settled in to German society.

“We’re giving the girls and boys affected by this a new chance to stay long-term in Germany if they have honestly tried to gain a foothold in German society,” he said, adding that until their children are grown, their parents must be allowed to remain too.

According to Schünemann’s plan, a preliminary agreement would protect the young people concerned until federal Interior Minister Thomas de Maizière could push a new law through parliament.