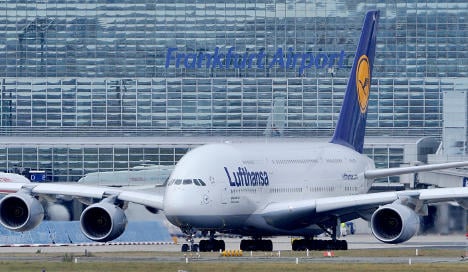 The double-decker aircraft, the largest passenger plane in the world, are the subject of increasing concern after one of the jets owned by Qantas developed major engine trouble earlier this month.

The close-call was followed by the discovery of oil leaks in several faulty A380 engines produced by Rolls Royce, which has returned some engines to production lines to replace problem parts on already finished planes.

On Monday, a Lufthansa captain decided that his A380 should undergo further safety checks after the plane was already awaiting take-off on the runway, the airline said.

While technicians found no issues with the landing gear, the plane was replaced with another before the flight proceeded.

Head of Berlin’s Martin Gropius Bau exhibition hall, Gereon Sievernich, was on board the A380 and said he could hear strange noises coming from the landing gear, calling the pilot’s choice to turn back the “right decision.”

Lufthansa said Monday that it planned to continue its three A380 flights between Frankfurt and the three long-haul destinations of Tokyo, Beijing and Johannesburg.

Meanwhile the airline is set to take delivery of its next A380 on Tuesday in Frankfurt, spokesperson Thomas Jachnow said. It will carry its first passengers on November 19.

The company remains in contact with Rolls Royce over whether engine parts will need to be replaced, Jachnow added. The Trent 970 model engines in Lufthansa’s A380s are much newer than the Trent 972 models in the Qantas planes, he said.