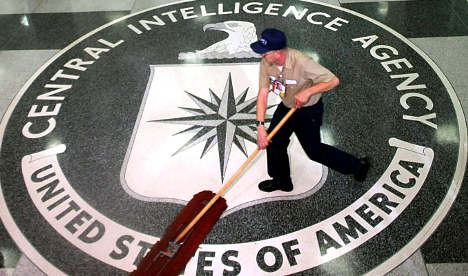 The newspaper said the 600-page report it had obtained described decades of clashes with other nations over war criminals held in the United States and abroad.

The report cites help that CIA officials provided in 1954 to Otto von Bolschwing, an associate of Adolf Eichmann.

Bolschwing, who had helped develop the initial plans “to purge Germany of the Jews”, later worked for the CIA in the United States, according to the report.

In a series of memos, Central Intelligence Agency officials debated what to do if von Bolschwing were confronted about his past – whether to deny any Nazi affiliation or “explain it away on the basis of extenuating circumstances,” the paper noted.

After learning of von Bolschwing’s Nazi ties, the Justice Department sought to deport him in 1981, but he died that year at age 72, The Times pointed out.

The report also details the case of Arthur Rudolph, a Nazi scientist who ran the Mittelwerk munitions factory in Germany.

He was brought to the United States in 1945 for his rocket-making expertise under “Operation Paperclip,” a US programme that recruited scientists who had worked in Nazi Germany.

Rudolph has been honoured by NASA and is credited as the father of the US Saturn V rocket.

The report cites a 1949 memo from the Justice Department, urging immigration officers to let Rudolph back in the country after a stay in Mexico, saying that a failure to do so “would be to the detriment of the national interest.”

The Justice Department has resisted making the report public since 2006.

The Times and other organisations were eventually given the paper under the threat of a lawsuit.