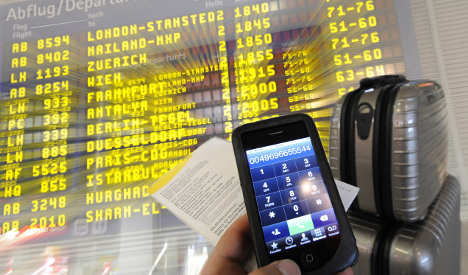 The pro-market Free Democrat said the European-wide ban on the sometimes exorbitant charges was well overdue. “It is now time to get rid of the roaming charges within the European Union, and establish a unitary domestic market for telecommunications services,” she told the Hamburger Abendblatt newspaper.

To this end, Koch-Mehrin said she had pushed through the demand for change in 2011 through the industry committee of the European Parliament – and it will now be considered by the executive body, the European Commission.

Roaming charges, which increase costs when a mobile phone user is in a different country from the one where they have their service contract, were introduced nearly 20 years ago, she said.

At that time, “the mobile phone networks were still in their infancy. Mobiles were still something exclusive for just a few users.”

Today, when there are around 500 million mobile phone users in Europe and the network technology has matured, this is no longer the case and the extra charges cannot be justified.

“Particularly not when the users own mobile phone provider also operates a network in other European countries,” said Koch-Mehrin.

She also complained that there was not enough competition between mobile providers in Europe, saying that, “Price reduction and limits have so far only come to pass through EU orders.”