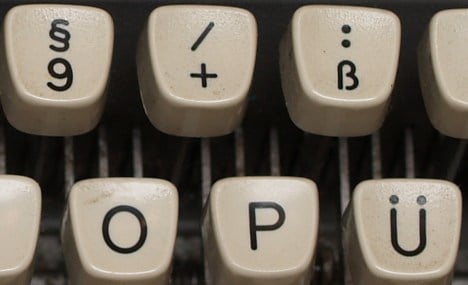 The character, known as the Eszett or sharp S, is fairly common in German, showing up in words such as Gruß (greeting), Fußball (football) and groß (big). But until recently, the central registry for German .de domains, DENIC, has forbidden it being used as an independent character.

People wanting domain names containing words with an “ß” had to make do with “ss” instead.

But starting next week, that will change.

“Internet users will have the possibility to get the name they want for their own websites and e-mail addresses,” said August-Wilhelm Scheer, the president of BITKOM, Germany’s leading IT industry lobbying group. in a statement. “The internet is now better attuned to German-speaking regions.”

But he also pointed out that the change could lead to problems, especially when it comes to international communication. Keyboards outside of German-speaking countries generally do not have a “ß” key.

Those who have registered .de domain names with “ss” have been able to register the new “sharp s” version since October 26. New ß registrations, however, will only be accepted from 10:00 am on November 16.

The “ß” is a ligature that dates back to the 13th century. It gradually developed to replace the common letter combination of s and z. Today, it is pronounced as an unvoiced s, such as the last sound in the English word “grass.”