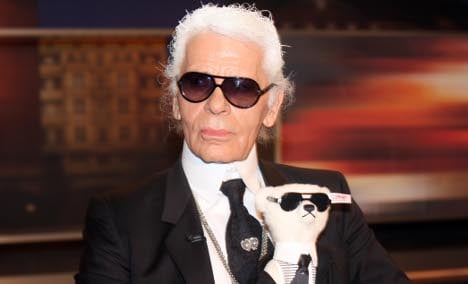 In an interview with weekly Die Zeit, the Paris-based designer blasted the German capital’s modest yet growing contribution to the fashion world.

“Oh Berlin, the city that wants to be so avant-garde,” the notoriously sharp-tongued Lagerfeld said. “There is a certain artistic pretentiousness there that I find rather depressing and not particularly new. It was okay at the beginning, when the Wall fell, but what it done since that’s so special?”

Lagerfeld, who has spent nearly his entire career in Paris since relocating there in 1953, was also dismissive of Berlin’s attempt to create a homegrown fashion event, saying: “Berlin Fashion Week…frankly I must confess it doesn’t interest me.”

He admitted he was largely unfamiliar with younger German designers aside from Michael Michalsky, who “discovered fashion by reading about me and Chloé in magazines. I like Michael, but I don’t know anything about the rest of them.”

Despite his attack on Berlin, the designer had some unusually kind words about the general state of German style, saying “today there are as many stylish Germans as French, Italians or Americans.”

Lagerfeld, who famously sports a shirt with oversized collar and fingerless gloves at all times, saved most of his fashion ire for Germany’s intellectuals, such as Nobel Prize-winning author Günter Grass.

“Nowadays intellectuals are all slobs, and not just the German ones,” Lagerfeld moaned. “I’m sorry, but I hate scruffy intellectuals. Günter Grass should put on a collar and tie, he’d look younger.”

The childless Lagerfeld also found time to dispense some wisdom to wee ones. “I never wanted to be a child, I always wanted to be older,” he told Die Zeit. “This advice I give to all children: either you make like an adult or you’d better shut your mouth.”

Long known for his outlandish persona and his sharp tongue, Lagerfeld admitted at the end of the interview that even he wasn’t perfect.