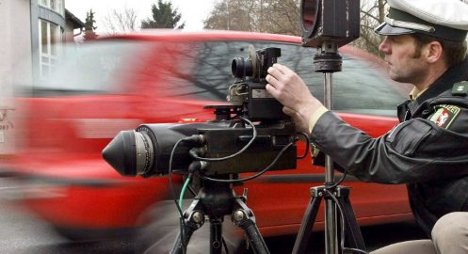 Helmut Knöner, whose court is in the town of Herford, has let off 42 drivers who appeared in his courtroom over the past week on speeding-related matters. He said it is just the beginning of the wave of acquittals because he will not impose penalties on those caught by speed traps until German lawmakers take another look at how, why and where they are used.

“Are (radar cameras) about increasing road safety or something else all together,” the 62-year-old judge told the magazine Stern. “The question is whether these radar devices are primarily a way (for municipalities) to secure jobs and earn money.”

He said penalties imposed on those caught on speed control cameras amount to several hundred million euros every year.

Knöner, who has been handing down verdicts for 30 years, said that to ensure towns are using speed traps to make roads safer instead of just squeezing drivers out of some cash, lawmakers need to come up with clear rules about the placement of radar devices. He also criticised the legal foundation for taking photos or videos of speeders, saying it is based on anti-terrorism legislation, which he finds unjustifiable.

But it is not clear whether those addicted to speed who have benefited in Knöner’s court will never have to pay a fine or get points on their driving record. The prosecutor’s office in nearby Bielefeld plans to investigate the mass acquittals and has said it might appeal the judge’s decisions.

“We’ve never seen a case like this before,” a spokesman for the prosecutor’s office told the newspaper Die Welt.

Germany’s ADAC automobile club has cast a sceptical eye on the judge’s actions, saying that his insistence that lawmakers determine where and how driving speeds are measured is unreasonable.

According to the head of ADAC’s traffic law division, Markus Schäpe, such regulation would enable the creation of a “radar camera atlas” and give people a “license to speed,” since drivers would know exactly where speed traps were located and would simply put the pedal to the metal on those stretches that were camera free.

That would work to decrease traffic safety, he said.