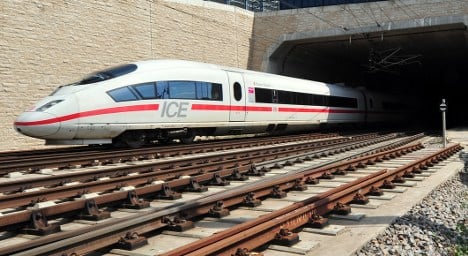 Various media reported on Wednesday that Nikolaus Breuel, head of long-distance passenger travel for Deutsche Bahn, would be dismissed at an extraordinary meeting on Friday.

Breuel, head of the board of directors of the Deutsche Bahn subsidiary DB Fernverkehr – which operates all InterCityExpress and InterCity trains – has a strained relationship with Deutsche Bahn boss Rüdiger Grube, sources told news agency DAPD.

There was “considerable dissonance” between and Breuel and Grube, it was said.

Two of the three other board members for DB Fernverkehr will also be sacked. Only one board member, Wolfgang Heinrichs, will keep his job. Replacements had already been chosen, sources said.

The sacking is also the result of dissatisfaction over the string of problems Deutsche Bahn has suffered with its long-distance, high-speed ICE trains.

Long-running problems with replacing defective axles has meant some ICE trains have been out of service for months, meaning the operator is effectively running without backup trains. Small problems with individual trains have therefore had an impact on the whole system.

There was also the breakdown of the air-conditioning systems on the ICE trains during a brutal heat wave over the summer, which seriously damaged the image of the rail operator. It led to weeks of negative media coverage and payouts to victims of heat-related illnesses that required hospitalization.

The relationship between Breuel and the Deutsche Bahn board had become extremely strained as a result, daily Süddeutsche Zeitung reported.

Deutsche Bahn has not yet officially commented on the reports.