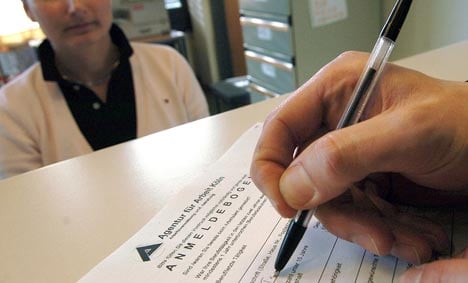 Even in country famous for run-on words, Germans are often confused when the floor tiler introduces himself on the telephone. When he attempts to fill out a bank slip, the name won’t fit, reported daily Bild.

“At 24 letters without spaces and hyphens his is far ahead of others,” name expert from the University of Leipzig Judith Schwanke told the paper, confirming that he currently has the longest last name on record.

Meanwhile the floor tiler from the town of Leopoldshöhe says his name barely fits on the side of his company vehicle.

“My father wanted to give me a second first name,” he told the paper. “But my mother successfully stopped that!”

Ottovordemgentschenfelde must often shorten his name for things like credit cards, he said. The name is such a burden that his wife Sylvia, 45, and his daughter Nadine, 14, have shortened their last names to simply Gentschenfelde.

In this case the Otto family probably founded a new part of a farm vor dem Gentschenfeld, or “near the Gentschen field,” she explained.

Though it may be unwieldy, Ottovordemgentschenfelde said he will never change his name.

“It’s actually neat, with it we’re absolutely original,” he said. “I’d never be called a Krause or a Müller.”