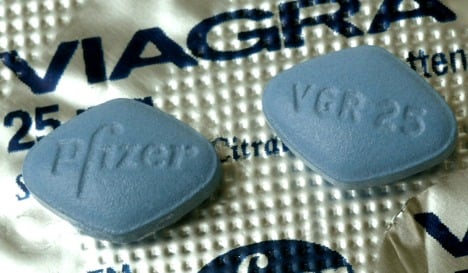 According to an evaluation by health insurer KKA-Allianz, the number of men claiming medical benefits for treatment of erectile dysfunction rose by 13 percent between 2006 and 2009.

KKA-Allianz, which insures nearly 2 million people, reported that nearly 19,000 of its male members sought treatment for impotence in the past year.

For nearly nine out of 10 men, the experience of erectile dysfunction was caused by psychological factors, though smoking and excessive alcohol consumption also played a role, the health insurer said in its report.

Female sexual dysfunction, by contrast, is declining. The number of women suffering lack of sexual desire, sexual nervousness, or pain during intercourse fell by 15 percent between 2006 and 2009.

In total, nearly 29,000 men and women insured by KKH-Allianz were treated for some kind of sexual dysfunction in the past year. One in four of those people were women.

What is not known is how many men suffering impotence don’t show up in the figures because they avoid the doctor out of embarrassment.

Treatments for impotence include vacuum pumps and psychotherapy as well as pharmaceuticals.