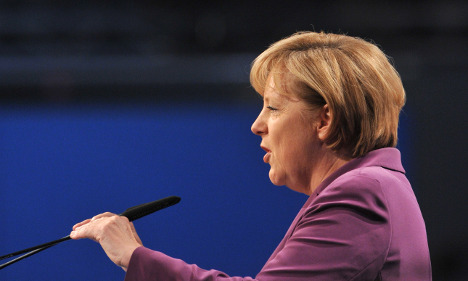 In an interview with daily Ruhr Nachrichten, the chancellor said there would be no tax relief in the near future.

“Budget consolidation takes priority,” she told the Dortmund paper. “The pleasing economic development won’t encourage us to spend more money, but instead will mean that we take on less debt than originally planned.”

But as promised by the centre-right coalition of her conservative Christian Democrats and the pro-business Free Democrats, the government would soon take the first steps toward simplifying the German tax system, she said.

“The resulting shortfall, some €500 million, will be taken on completely by the federal government,” she insured, addressing concerns from cash-strapped cities and municipalities.

The chancellor cited one of her coalition’s proposals for the simplification – making tax returns due every two years instead of annually. Merkel said many citizens would find this a relief.

She also spoke indirectly in favour of higher wages in Germany.

“If businesses now see room for positive wage development, then I think this is good in light of domestic economic trends,” she told the paper, warning that the situation was not the same for all sectors and would need to be negotiated by unions.