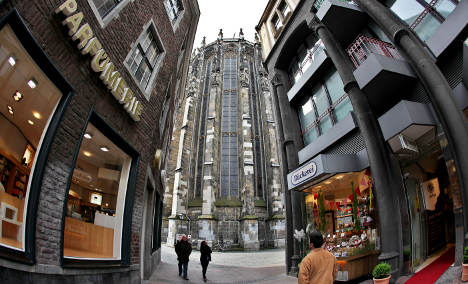 The musty smell has been so strong at times in the North Rhine-Westphalian city that it sticks to clothing and nauseate residents, weekly newspaper Die Zeit reported in its latest edition.

“This stench was completely maddening,” an elderly woman told the paper, describing the scent as “somehow mouldy” and like “wet wash rags.”

The smell has wafted through the northeastern part of the city in particular, the paper said, with residents reporting varying levels of intensity.

City officials have reportedly done everything in their power to flush out its source – cleaning canals, conducting surveillance, taking air samples, commissioning special institutes for studies, and founding a “stench working group.”

Several experts from the institute have attempted to identify the “Stinker of Aachen” by examining contaminated clothing and other items without success.

In late September the city announced it was close to solving the olfactory conundrum, but officials have remained silent since.

Möller’s team is convinced that the stench derives from a biological process, possibly within the city’s sanitation system, and could be a mixture of moulds and bacteria growing underground, he told the paper.

“The good news is that we’ve found no toxic substances that endanger health,” he said. “The bad news is the smell’s cause has yet to be determined.”

Reiner Gschwendtner, another researcher at the ISA institute for environmental analysis at Aachen University, told the paper that his organisation is also perplexed after comparing the scent to some 150,000 chemical compounds.

“If we can determine the compound, our assumption is that we can find the cause and the source,” he said.

But moving forward feels like looking for a “needle in a haystack,” he said.