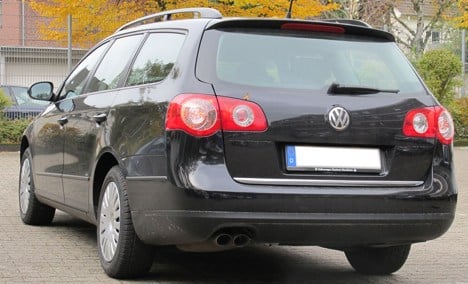 Police are looking for a VW Passat Kombi B6, Photo: DPA

Detectives believe they have identified the make of car the perpetrator drove – a VW Passat Kombi B6 built between 2005 and 2010 – and are currently making contact with owners of this type of car in the area.

The conclusion was reached by corroborating various witness accounts, though the colour of the car has not been ascertained because it was dark at the time of Mirco’s disappearance.

Police spokesman Willy Theveßen said it would “take some time” to track down the 2,500 people who own this type of car in the area. “So far we have made contact with a few hundred,” he added.

On top of this, investigators are also checking company and rental cars of this make, whose drivers may have been in the area at the time.

The boy was last seen at a bus stop near a skater park in Grefrath in North Rhine-Westphalia on September 3, from where he was supposed to ride his bike home. The bike was found by the side of a nearby road.

His parents, who made a personal televised appeal to the perpetrator a month ago, are being counselled by psychologists.