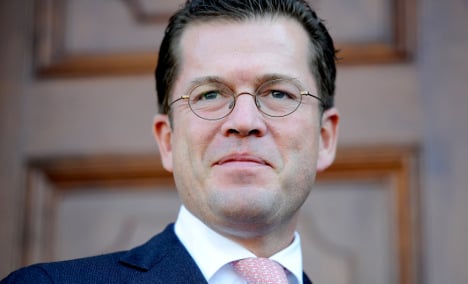 In an interview with broadcaster Deutschlandfunk, Heinrich Oberreuter at the University of Passau said that Guttenberg’s popularity was part of an uncertain political party’s search for a saviour. The minister’s conservative Christian Social Union (CSU) and their national sister party, Chancellor Angela Merkel’s Christian Democrats (CDU) continue to lose ground in polls.

Guttenberg, the country’s most popular politician, is in danger of following in the steps of US President Barack Obama, Oberreuter said, explaining that Obama had created a fervour with promises of change that has since died down in the face of political realities.

Oberreuter’s remarks came ahead of the CSU’s party convention on Friday, when party leaders are expected to discuss ways to stabilise their standing.

Remarking on the hype over Guttenberg, CSU party leader and Bavarian premier Horst Seehofer was dismissive in an interview with daily Süddeutsche Zeitung.

Looking back on similar excitement over his own future some 20 years ago, he said: “I was also a candidate for chancellor three times. It will be over quickly – when Guttenberg has to say something over welfare benefits, atomic energy, or the Bundeswehr locations.”

Guttenberg is scheduled to speak with Merkel on Friday, in addition to revealing more about his military reform plans. Conservatives are said to be anxiously awaiting his reception by party members at the convention.

Earlier this month a poll showed nearly a quarter of voters believe Guttenberg would make a better chancellor than the embattled Angela Merkel. Nearly half of the respondents to the Forsa survey said they believed there was no difference between the politicians’ abilities, while just 14 percent picked Merkel as the better leader, Stern magazine reported.

The poll comes amid growing speculation that Guttenberg could eventually be made leader of his party and his strong chances of become the nation’s next conservative chancellor.