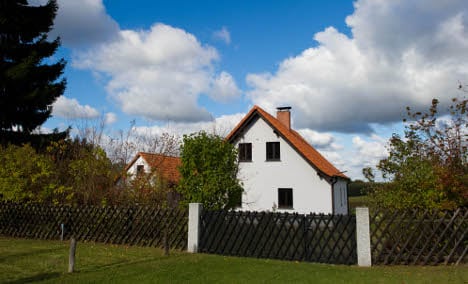 Daily Berliner Zeitung identified the alleged stalker as Christian J., reporting that he worked as a librarian and freelance journalist in Stralsund.

The man, who authorities detained for psychological treatment after he breached Merkel’s weekend home security two weekends in a row, told the paper that police guarding the house had not noticed him enter the property.

“When no-one opened the door in answer to my ring, I went into the garden, where I met the Chancellor, who was on the telephone,” the man told the paper. “I only gave her a letter and then left.”

Police at Merkel’s Uckermark region home in the state of Brandenburg reportedly observed the man leaving the premises, but did not detain him.

But when Merkel did not personally answer his letter, the man became upset and paid her home a second visit – when only her husband was home.

Christian J. told the paper that he did not see himself as a stalker, but as a peace activist, explaining that the letter he gave her was a peace plan for the Middle East.

On Tuesday, a government spokesperson told The Local that the authorities had detained a man for trespassing on the grounds of Merkel’s weekend home.

“Naturally security has its limits,” the spokesperson said. “It isn’t the case that the Chancellor is hermetically shielded from the public around the clock – she wants to lead a normal life. It’s always a balance.”

The man was already known to authorities, having been turned away from the Chancellor’s central Berlin apartment several weekends ago.

He was taken into custody last weekend, the spokesman said, adding that he was in psychological treatment.