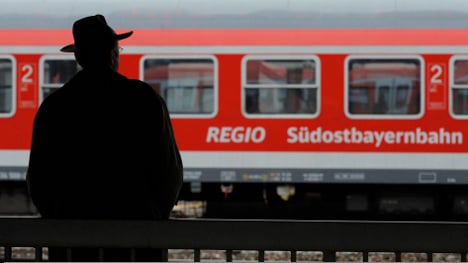 The unions Transnet and GDBA announced that the strikes and stop-work action, in which about 1,600 workers took part, were over.

Deutsche Bahn estimated delays would continue until the evening because of the ripple effect of the strikes.

The strikes were concentrated in the large states of Bavaria and North Rhine-Westphalia.

The industrial action was sparked by union anger over stalled negotiations on an industry-wide wage agreement. GDBA union chief Klaus-Dieter Hommel told broadcaster ARD that no further strikes were expected this week. Workers had already shown they could exert pressure, Hommel said.

In Bavaria, about 50 workers from several private rail operators went on strike, starting at 5 am. The Arriva subsidiary Regentalbahn, in the Cham and Zwiesel districts, was hit by the strikes, as well Zlex in Kempten, and the Veolia subsidiaries Bayerische Regiobahn and Bayerische Oberlandbahn. In the latter’s case, all personnel went on strike.

In North Rhine-Westphalia, about 200 workers walked off the job Tuesday morning, affecting Dortmund, Düsseldorf, Essen and Münster. Regional and long-distance trains were expected to be delayed.

In the Rhineland district of Mettmann, the Veolia subsidiary Rheinisch-Bergische Eisenbahn was affected Tuesday morning.

In the state of Hesse, workers at eight signal boxes in the Frankfurt and Mainz areas also walked off the job. The route between Mainz, Bingen and Koblenz was expected to be hit. Also, more than 100 workers took part in a protest in Frankfurt.

The unions are planning further action across the country in future, with the effects likely to be felt in all of Germany’s states.

In Berlin, staff from the Prignitzer Eisenbahn (PEG) firm and the signalling staff from Biesdorfer Kreuz were also striking, affecting regional services particularly in north Brandenburg.