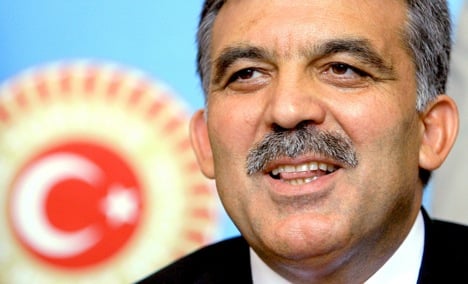 “When one doesn’t speak the language of the country in which one lives that doesn’t serve anyone, neither the person concerned, the country, nor the society,” Gül told the Süddeutsche Zeitung.

Gül also said that if German national team footballer of Turkish descent Mesut Özil “had asked me which side to play for, I would have encouraged him to play for Germany.”

The Turkish president said Özil, who scored one of the German goals in their October 8 defeat of Turkey 3-0 in a Euro2012 qualifying match in Berlin, is “an example of very successful integration.”

Gül also accused European politicians and intellectuals of lacking vision about Turkey joining the European Union. French Foreign Minister Bernard Kouchner on Tuesday blamed Turkey’s lagging accession negotiations with the European Union on its failure to undertake needed reforms, saying: “…the ball is in your court.”

Gül acknowledged in the interview with the Munich newspaper that Turkey had its work to do, but said Europe was at fault for the slow speed of the talks.

“But the main reason behind the slowing of the talks is a lack of vision and strategic thinking by European politicians and intellectuals,” said the Turkish president.

Turkey began accession negotiations with the EU in 2005, but the process has stalled amid opposition from some member states – France and Germany in particular – lack of reform in Turkey and a trade row over the divided island of Cyprus.

Gül said Turkey’s membership would reinforce the EU’s security, including in the energy sector, as well as many other areas.

“They should think in the perspective of 25, 50 or 100 years,” said Gül. “But if one only thinks about today, the process is blocked.”

France and Germany have been vocal opponents of Turkey’s ambition to join the 27-nation bloc and argue that the mainly Muslim country of about 73 million people should settle for a “privileged partnership” rather than full membership.

Eight of 35 negotiation chapters remain completely frozen due to Turkey’s refusal to open its ports to Cyprus, an EU member which Ankara does not recognise owing to the island’s 36-year division between its Greek and Turkish communities.