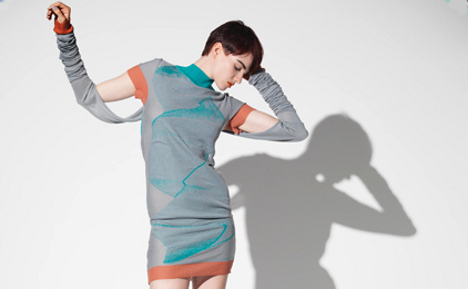 The young Berlin-based designers behind the c.neeon have attracted lots of attention since establishing the fashion label in 2004.

Clara Leskovar and Doreen Schulz had no sooner finished their degrees (Leskovar in textiles, Schulz in fashion) at the Berlin’s Weissensee School of Art than they were showing their first pieces on the runway at the city’s Fashion Week held that same year. They’ve been busy ever since, putting out two collections a year each year from their office in a former kindergarten in Berlin’s Lichtenberg district.

The two designers, who have teamed up with big names like Topshop and H&M, are known for their bold patterns. These are drawn from a number of sources: “One collection was based on a book, Jeff Noon’s ‘Automated Alice,’” says Leskovar. “So it was a kind of cyberspace Alice in Wonderland. Another time, Doreen was in a flea market in Japan and found a belt. All the patterns were based on this belt.”

Other inspirations include the song “Do You Remember the First Time,” by the band Pulp, which they used for their first solo collection, hosted by the British Fashion Council. “We thought the song fit the circumstance,” says Leskovar. “So we thought of all the things you can do for the first time: flying in a airplane alone, swimming, riding a bike without training wheels. Then we thought of what you could wear to do that.” Their current collection, ‘Flamingos,’ is based on the poem of the same name by Rainer Maria Rilke.

Their collection is 80 percent women’s clothing, and 20 percent menswear, and includes everything from dresses to accessories to hoodie sweatshirts and tees. A dress might set you back nearly €400, while striped leggings cost €119. The label’s collection is sold online, as well as in stores in Berlin, Düsseldorf, Japan, and the United States.

C.neeon features lots of knitwear, and everything is produced in Saxony, where Schulz hails from. “Saxony has a strong tradition of producing knits,” says Leskovar. “And it’s really practical that it’s so close by. Our clothes are not simple, so the process requires really good communication. We can drive down and oversee things.”

The two women don’t just make clothing, either: they have work in parallel on art installations and other design projects. In addition to designing bags, tee shirts and pillows for the H&M store at Berlin’s Hackescher Markt, they also designed a large, colored mirror for the store’s interior. This year, both women started teaching third and fourth year design students at their old art school.

“Eventually, we’d really like to keep growing. But maybe now is not the time for it,” says Leskovar. 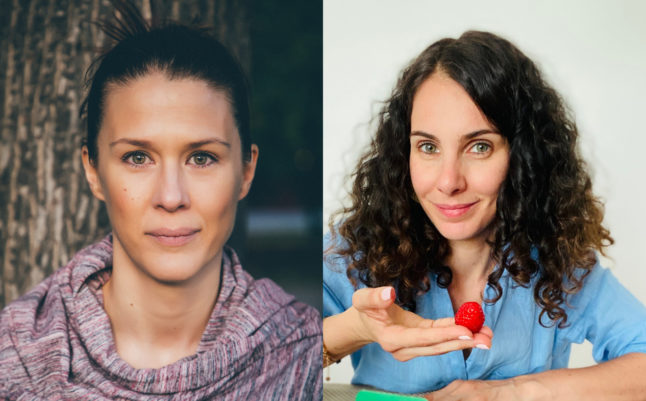 PARTNER CONTENT
Making waves: Female entrepreneurs having an impact in 2022

CHRISTMAS
Amazon workers across Germany go on strike for higher wages in build up to ‘online Xmas’
Url copied to clipboard!