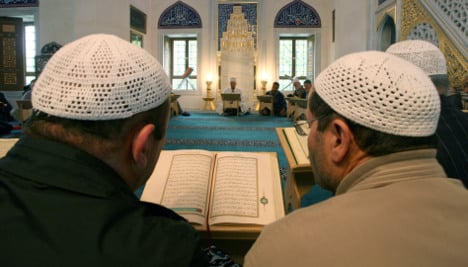 The university courses will allow Muslims to do their religious studies at a mainstream university, where a new generation of imams and school teachers can be instructed in a way compatible with western values.

The programme establishes departments for Islamic studies, including several new professorships. Students will be able to start studying in the winter semester of 2011.

“When a religion his given the chance to develop a theology, it does the religion good,” said Schavan, who herself studied Catholic theology.

“We want Islamic religious classes in as many educational facilities as possible,” she said.

Imams could for their part build bridges between the mosque-based communities and the broader communities, she said.

The new courses would also play an important role in improving the integration of Muslim communities in Germany, Schavan added. In the wake of a heated immigration debate and Bavarian Premier Horst Seehofer’s recent call to stop immigration of Turks and Arabs, integration remains a divisive issue.

The universities of Münster and Osnabrück have to first come up with a shared vision for the courses, in the hope of creating a “common northern German” programme, Schavan said.

Osnabrück University spokesman Utz Lederbogen said the university would work with Münster to quickly develop a common programme. The goal was to have a full Bachelor’s degree in place by 2012, he said.