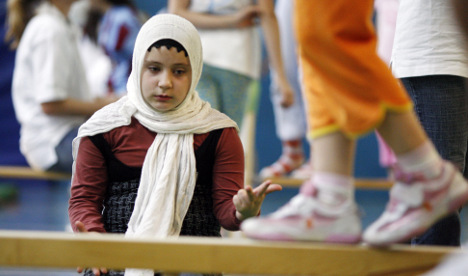 “In some schools Germans are by now the minority. It helps integration if German spoken there not only in the classroom, but also in the playground,” Lindner told the paper.

There must be “no exclusion in any direction,” he said.

At some schools, there had already been an agreement between teachers, parents and students to make speaking German a responsibility, he said.

This was “a good example for others.”

There has been renewed criticism, meanwhile, of remarks at the weekend by Horst Seehofer, the leader of the Bavarian conservatives, the Christian Social Union, that Germany should stop recruiting skilled migrants from Muslim cultures. That criticism has come from Seehofer’s own conservative allies, the Christian Democratic Union.

“We need immigration and a modern migration policy – that applies for Germany and it applies especially for Saxony,” Saxony’s Interior Minister Markus Ulbig told the Financial Times Deutschland.

The demographic problem of a declining population and fewer workers relative to retirees was worse in the former eastern states, he said.

“In 10 years, there will be 1.3 million fewer people living in Saxony than in 1990,” Ulbig said. That was as many people as currently lived in Dresden, Leipzig and Chemnitz.