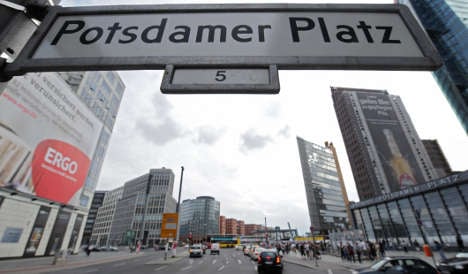 The top German city remains Frankfurt am Main, which ranks third in Europe behind London and Paris, in this year’s European Cities Monitor survey produced by Cushman & Wakefield property consultancy.

After Frankfurt, Berlin was ranked seventh, after being ninth last year, and just 15th in 1990. Munich was this year ranked ninth, while Düsseldorf came tenth, an improvement on last year’s 15th place, and Hamburg was 15th, a drop from last year’s ranking of 12th.

Despite its well-reported appeal to younger creative people and students, Berlin’s quality of life was only ranked 13th in Europe by managers. In this respect Barcelona was ranked very highly, Moscow as least attractive.

Yet of the European cities included in the survey, Moscow was tipped as the one to which most businesses wanted to move in the next five years. Berlin and Munich shared joint 20th position in this question.

The top five were London, Paris, Frankfurt, Brussels and Barcelona. The bottom five were Bratislava, Moscow, Oslo, Bucharest and Athens.