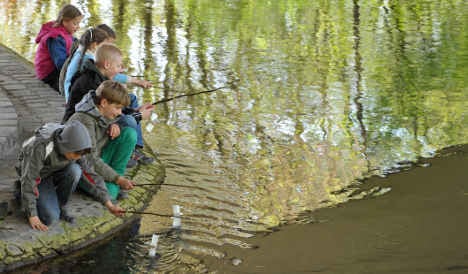 Education researchers from the University of Würzburg questioned nearly 1,000 first-graders in Bavaria and Hamburg, about their friends.

Around 60 percent said they were friends with children from other ethnicities, according to results reported in Der Spiegel.

Those children in the survey who came from immigrant families showed what the researchers described as a ‘high level of cultural openness’, with about 80 percent saying they had at least one friend whose parents come from a different country from themselves.

Of the German first-graders in the survey, 40 percent said they had a friend with an ‘immigration background’.

Of these, more than 67 percent said they visited those friends at home.

“This study shows that children are much more advanced in integration than the public discussion,” said Thomas Rachel, Christian Democratic Union parliamentary state secretary in the education ministry.

Friendships between children of different backgrounds also had a positive effect on their parents.

“These children are the vanguard of integration” said Rachel.