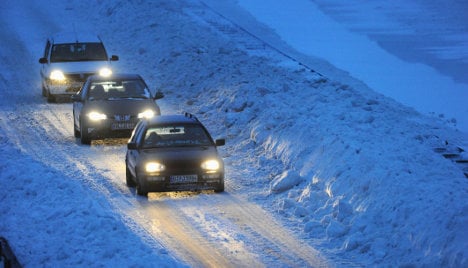 Ramsauer told daily Bild he wanted to close the present loophole under which the requirements for winter tyres were vague. Instead, he would make the owners of vehicles, including transport companies, strictly responsible for making sure tyres were safe.

“We have to act quickly,” he said. “I cannot be that a free pass is given for dangerously sliding on ice. The provisions of the road traffic regulation are therefore being overhauled. We will, on an interim basis, introduce an obligation to use winter tyres. Anyone who drives in snow and mud during winter with unsuitable tyres is endangering themselves and others.”

The national winter tyre regulation would apply until a European regulation with uniform criteria came into effect, which was expected at the earliest in 2011, Ramsauer said.

Until now it has been left up to manufacturers as to whether or not tyres are labelled suitable for winter driving in snow and mud – which they can do even if the tyres don’t meet the specifications.

The situation is urgent because a court in Oldenburg, Lower Saxony, recently ruled that traffic fines were unconstitutional under the present, vague set of regulations.

The road traffic regulation stipulates only that a “suitable set of tyres” be fitted according to weather conditions. But it leaves open what precisely constitutes proper tyres.

“Our goal is still to have a European regulation for a uniform label for winter tyres,” Ramsauer said. “Then we can introduce mandatory fitting for which the owner of the vehicle is responsible – so for trucks, the transport company. It may not hide behind the regulation that only affects the driver. Our plan is for safer driving in the winter.”