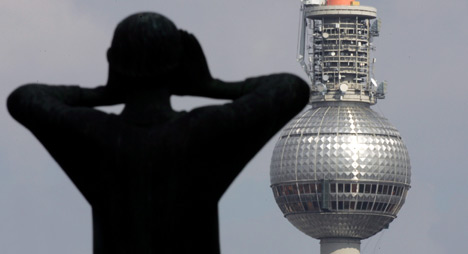 The report came in the wake of a US State Department travel alert urging Americans to be vigilant against the potential for terror attacks in Europe. The Notre Dame Cathedral and Eiffel Tower in Paris are also allegedly being targeted by terrorists.

But German Interior Minister Thomas de Maiziere said on Monday there was no reason to change the country’s security threat level in response to US and UK travel alert warning of possible terrorist attacks in Europe.

“At the moment there are no indications of imminent attacks in Germany,” de Maiziere told reporters in Berlin. “There is however a high abstract threat, and German interests at home and abroad have been in the sights of international terrorism for some time.”

He said Berlin was taking all leads seriously and investigating them with high intensity.

“You can be sure that all leads are taken into account when assessing the situation and that these leads lead to appropriate measures now and in the future,” de Maiziere said. “But there is no need to be alarmist.”

His ministry said Berlin had been informed of advance by US authorities of the travel alert and is working in close cooperation with the security agencies of the United States and other international partners.

The US State Department issued a formal alert on Sunday urging Americans to take precautions in public places and transportation systems when travelling in Europe.

The alert – which the State Department issues regarding specific events, and is one step down from a travel warning – follows intelligence reports which suggested an attack by the al-Qaida terrorist network could be imminent.

News media in the past week reported that Western intelligence agencies had uncovered an al-Qaida plot to launch attacks in Britain, France, Germany and

The chairman of the parliament’s interior affairs committee, Wolfgang Bosbach, said there had been “no indication of an attack on a concrete target at a specific

There is “no reason to panic and no reason to fundamentally strengthen security measures,” he told Monday’s edition of Cologne’s Stadt-Anzeiger newspaper.