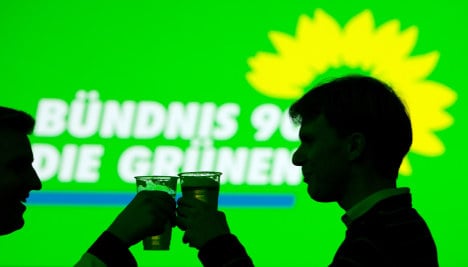 Particularly smaller, often family-owned, businesses – the backbone of Europe’s biggest economy – are being drawn in by the opposition Greens’ programme of pragmatic sustainability.

“The Greens and small- and medium-sized businesses – it is a match practically made in heaven,” said Mario Ohoven, president of the BVMW industry group representing the interests of such firms.

A recent survey by the Handelsblatt business daily among 800 industry executives on which parties best catered to their needs put the Greens at the top of the class for the first time with a “satisfactory” grade.

The Greens were born out of the often-radical ecologist movement of the 1970s and regularly alienated industry with their uncompromising views on emissions, nuclear power and energy efficiency.

But after 30 years of practical experience as a party, including their 1998-2005 stint as junior partner in the federal government, the Greens have grown more pragmatic while the pinstriped crowd has perhaps grown more green.

Meanwhile some of Germany’s biggest innovators in the renewable energy sector are small companies with fewer than 50 employees.

Even the powerful Federation of German Industry (BDI), a bastion of big business, seems to be taking a shine to the Greens and last week invited their parliamentary group leader Renate Künast to address its autumn conference.

It was a major step for an organisation that has frequently crossed swords with the Greens over their proposals, from taxation of emission-spewing energy sources to a national minimum wage.

“I do not expect applause but I’ll take it if I get it,” Künast joked as she took the podium.

She said that the Greens had “evolved, even though some of the labels attached to us still remain.”

Künast was well received, and several executives noted that the party had grown beyond its hardliner roots.

“The Greens no longer have this image of the party in trainers,” Thomas Kraneis of Lahmeyer, an infrastructure consulting firm, told AFP, adding that the tension between the party and business largely “belonged to the past.”

This was nearly twice their score at last September’s general election, making them the third strongest political force behind Chancellor Angela Merkel’s conservative Christian Union bloc at 31 percent and the opposition Social Democrats (SPD) at 30 percent.

And the Greens’ strong backing among educated urban voters could see Künast become the premier of the city-state of Berlin after an election next year, which would be the first time the party managed to place a state premier.

Political commentators warn however that despite their improved image, the Greens are profiting from the weakness of other parties and may struggle to maintain their sensational poll numbers.

“Neither in terms of their policies nor their personnel have the Greens earned this support at the moment. They have returned to what they were in the beginning: a catch-all for protest,” the daily Financial Times Deutschland wrote.