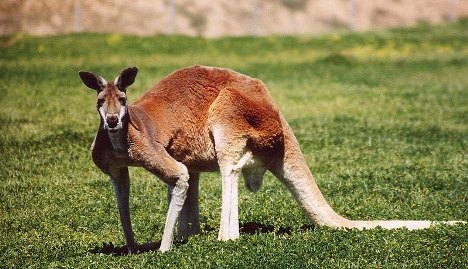 A 53-year-old driver in the Lower Saxony town of Haren was startled when the kangaroo bounced into the path of his car on Wednesday. Despite slamming on his brakes, he hit and injured the animal.

With the help of a local resident, the man captured the kangaroo and took it to the nearby Nordhorn zoo. Vets at the zoo established that the animal had a serious leg fracture they were unable to mend. They therefore put the animal down.

Police announced on Thursday that it was still unclear where the iconic Australian animal had come from.

“So far, no kangaroo from a zoo or animal park has been reported as missing,” a police spokesman said.

However, there had been several reports of sightings of a kangaroo in recent weeks.

Oddly enough, it is not the only escaped kangaroo to have made headlines in Germany in the past couple of years. An escaped kangaroo named Toto was caught after being “on the hop” for 15 days from the Serengeti Park Hodenhagen in Hannover.

Zoo staff in that case lured the kangaroo with his favourite food: peanut butter.