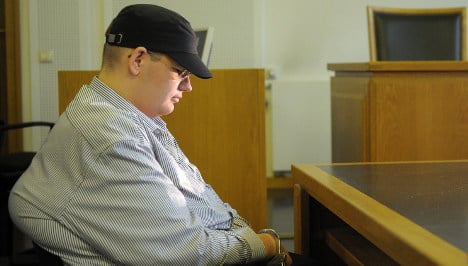 Florian K. told the court in at the opening of his trial in the town of Frankenthal that he had planned to kill other teachers and students in a bloody rampage to avenge years of bullying and mistreatment.

“I wanted to get revenge for years of humiliation,” he told the court.

He stabbed the 58-year-old male teacher to death in a secluded stairwell at the vocational school in the city of Ludwigshafen after luring him there on a pretext and then locking him in.

Prosecutors have previously said that further deaths or injuries were averted only because two police patrols responded quickly to a smoke alarm the young man set off by trying to light a fire.

Four police with guns drawn managed to persuade Florian K. to put down the knife and starter pistol he was carrying. Authorities then quickly evacuated the school, which had about 3,200 students inside.

Florian K. had been bullied for years at the school, he told the court on Tuesday. He was picked on both physically and mentally as early as elementary school because he was overweight, he said.

“I cannot imagine that the teachers there never noticed anything,” he said.

He showed no remorse for his crime, though he admitted having asked himself “whether such a crime was the right step.”

According to his lawyer Gabriele Haas, Florian K. suffered from a personality disorder.

“He cannot express his feelings,” she said.

Florian K. stabbed the 58-year-old teacher from Darmstadt to death on February 18 because the teacher had given him poor marks, the young man told the court. After that, he had been “goalless” at school, he said.

After the stabbing, Florian K. went through the school and lit a bright flare known as a “Bengali fire.”

He then fired at the school headmaster with a starter pistol. Investigators later found a cache of imitation guns, munitions and chemicals at Florian K.’s home.

They also found a hit-list with the names of teachers, students, and former supervisors and employees at a job centre. Prior to committing the crime, Florian K. had been in a job centre assistance program.

He also told investigators he had previously planned to carry out a similar crime in 2008 but had ditched the idea.