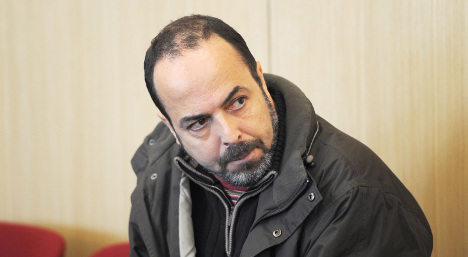 The 46-year-old father from the Altenahr district in the state of Rhineland-Palatinate, identified as Jörg P., confessed to committing 20 rapes and more than 1,000 other crimes, mostly indecent exposure.

Prosecutors said they were trying the man for only nine rapes or attempted rapes so as not to needlessly prolong the trial, according to daily Bild.

Jörg P. made the admissions at the opening of his trial. The state prosecutor had during earlier proceedings described the case as “unparalleled.”

The man cried as he made a detailed confession. Prior to this, his lawyer Thomas Ohm explained that the charges against the man were true.

The accused said he was sorry and that he could not make amends.

Investigator Claudia Stickelbrock of the Krefeld police said the man had made a comprehensive confession in the spring of this year during a police interrogation lasting hours.

He had admitted crimes beyond those of which he was suspected. His crimes included 20 rapes between 1995 and 2010 in Krefeld, Bonn, Düsseldorf, Cologne, Aachen, Venlo and Eupen, as well as more than 1,000 other sex crimes, most of which were indecent exposures with so-called “pity ploys” to lure women.

This usually consisted of pretending that he could not move his arms.

“He had lured women and asked them to help him urinate,” said Stickelbrock. “The majority of cases of sexual acts occurred this way.”

State prosecutor Eberhard Harings said Jörg P. could not actually be tried for most of these cases because the woman had voluntarily participated, according to Bild.

Stickelbrock said the accused, a locksmith by trade, got a “special kick out if it when it involved cultured victims,” and had therefore used his tactic predominantly in university cities, targeting students, female doctors and psychologists.

He felt he had been held back by dyslexia and therefore considered every sex crime a success.

“Even on holiday he was active,” said Stickelbrock. “He was with his family at Bodensee. While his wife and children were in the water, he achieved his gratification with the pity ploy.”

Later, such trickery had not sufficed, and he had committed a string of rapes and attempted rapes. The first of these occurred in Venlo. The man often disguised himself with a stocking over his head and armed himself with a knife.

An expert will give evidence at the trial regarding the man’s criminal responsibility based on his mental fitness.

The man faces up to 15 years in prison for his crimes but could also be subject to further preventative detention.

The court ruling is expected by October 25.