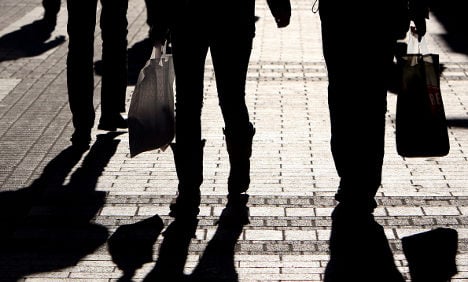 The Ifo economic research institute said its widely-watched business confidence index edged up to 106.8 points from 106.7 points in August.

The latest figures “reinforce the view that the German economy will prove quite resilient against any downward influences from a weakening global economy,” IHS Global Insight senior economist Timo Klein said.

The index had been expected to slip to 106.5 points, according to analysts polled by Dow Jones Newswires.

But “firms are again more satisfied with their business situation than in the previous month,” Ifo president Hans-Werner Sinn said in a statement.

In the manufacturing sector, sentiment slipped slightly but retailers were more positive, with the current situation assessed to be at its best since the boom that followed German reunification in 1990.

The outlook also perked up in the construction sector, raising the overall reading to levels not seen since the global financial system was slammed by a meltdown of the US market for high risk mortgages in mid-2007.

“Double-dip fears are not shared by the company captains polled by the Ifo institute,” Morgan Stanley counterpart Elga Bartsch said.

Klein explained that “for Germany, with a recovering labour market supporting private consumption, the dependence on exports and thus global demand growth is being reduced at present.”

Ifo’s report contrasted with gloomy news Thursday when data showed activity across the 16-nation eurozone hit a seven-month low in September, according to the purchasing managers’ index (PMI) compiled by London-based data and research group Markit.

“The Ifo business climate is less influenced than the purchasing managers’ index by factors such as the year-on-year trend for order intake and production … earnings also play a significant role,” Commerzbank economist Ralph Solveen said.

The measure of business expectations for the next six months fell to 103.9 points in September from 105.2 points in August, suggesting the export-led economy will cool later this year in line with weaker activity abroad.

The Ifo institute surveys around 7,000 German manufacturing, construction, wholesale and retail companies each month to establish the widely-followed index of business sentiment.

The German central bank and economists now expect full-year growth of at least 3.0 percent, probably surpassing advances elsewhere in the eurozone, and in Japan and the United States.

In October, the German government is expected to raise its official 2010 forecast of 1.4 percent growth.

UniCredit economist Alexander Koch was among the many who believe the economy will see slower growth later this year but not fall back into recession.

“Barring a global double-dip, the cooling down is not likely to turn into an outright downswing,” he said.