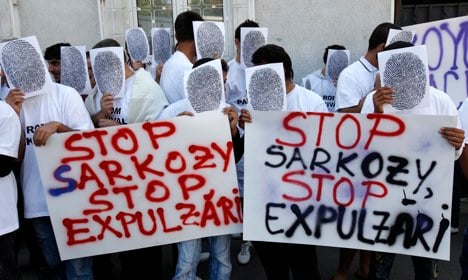 “There won’t be any mass exportations,” said North Rhine-Westphalia Interior Minister Ralf Jäger, where 3,700 Roma from Kosovo are currently residing. “We will exhaust every legal possibility to ensure there will be no inhumanity either to individuals or families in the return of people to Kosovo.”

Berlin’s Interior Minister Ehrhart Körting criticized the agreement between the German government and Kosovo as impractical. “There is a danger of exportations to unsafe regions,” he told news magazine Der Spiegel. There need to be case-by-case evaluations for the return of people to Kosovo, Körting argued.

According to the magazine, the agreement signed in April between Germany and Kosovo puts 12,000 Roma in danger of deportation. So far, only 87 have been deported, and despite claims of French president Nicolas Sarkozy, it is unlikely that many more will follow soon.

Körting said, “A lot of the Kosovo war refugees work here, earn money and have brought up children here.” He said the real problem were Roma from Bulgaria and Romania, who often work illegally on building sites or send their children begging.

In the Berlin district of Neukölln, a “Task Force” of social workers and police has been put in place to mitigate conflicts with and between Roma people.