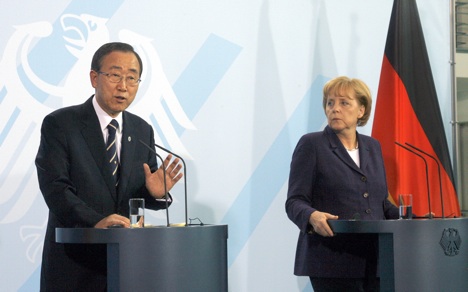 In her weekly video podcast, posted online Saturday, Merkel said it was good news that the number of starving people had fallen by 100 million last year, but added, “We need to be quicker.”

Merkel is travelling to New York on Sunday to attend the UN summit, where world poverty is to be the main point on the agenda. At the Millenium Summit ten years ago, UN member states vowed to halve hunger and poverty by 2015.

Merkel said that not all the goals had been achieved so far, “But we can do a lot in the next five years.” She also promised not to reduce Germany’s development aid around the world, “despite our savings programmes.”

The main issue up for discussion in New York is how the money needed to be spent, Merkel said. “This is not about the further development of a so-called aid industry. It is about helping yourself. We want our development aid to help people become more self-confident and take their lives into their own hands.”