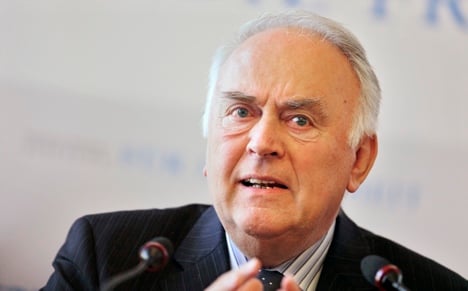 “There is always a danger that a populist right-wing party could emerge,” Böhmer told the Hamburger Abendblatt newspaper. “We need to be permanently vigilant, and do everything we can to prevent the foundation of a party right of the Christian Democratic Union,” he said.

Böhmer said he did not agree completely with the criticism of Friedrich Merz, former leader of the CDU’s parliamentary group, that Germany’s governing conservative party had never been so unfocussed and arbitrary.

“We have to keep asking ourselves whether conservatives identify with our party,” he said. “Parties have to keep pace with society’s development if they want to stay successful.”

But in an interview with the Frankfurter Allgemeine Zeitung, Chancellor Angela Merkel played down talk of a new far-right party in Germany. “It’s up to democratic parties to prevent new parties on the right or left extremes,” she said.

“We can’t just describe grievances, we have to solve problems. Then we won’t have to worry about new fringe-parties,” said the chancellor.