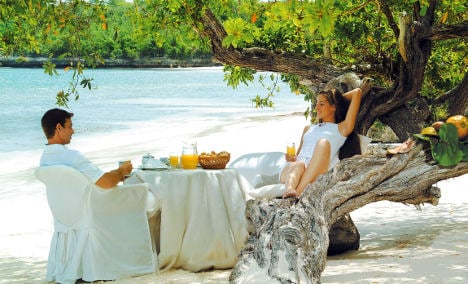 “Parallel societies don’t just exist on the lower end, but also at the top of the income pyramid,” he told daily Westdeutsche Zeitung. “There some say, ‘We don’t need the state, every euro of taxes is too much. We don’t need public services, we can buy them privately.”

These people, and not left- or right-wing extremists, are the true danger to German society, he told the paper.

“It is the privileged, who through their excess and false sense of balance and proportions, and the mentality of personal gain, saw through the branch on which they’re sitting,” the centre-left Social Democrat said. “These people lack a sense of social connection for integrating the losers.”

People in the upper class must understand that “their exaggerated profit expectations lead to the destruction of the market economy,” he told the paper, adding that their “personal income development cannot go on like this.”

But the government can’t instil a sense of common welfare in the wealthy through laws, Steinbrück said, explaining that only widespread debate would bring success.