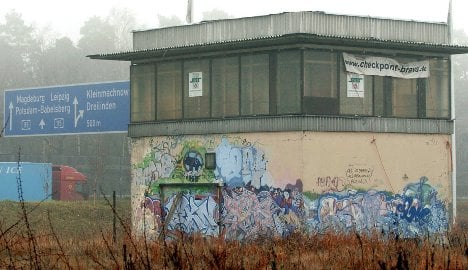 Although less famous than Checkpoint Charlie in central Berlin, the site at Dreilinden on the southwest edge of the city was one of the busiest transit points in and out of the communist German Democratic Republic (GDR).

Millions of people travelled through Checkpoint Bravo, either West Germans travelling from West Berlin to the rest of West Germany through the GDR, or the lucky few East Germans given permission by the authorities to leave.

Between the end of World War II and the fall of the Berlin Wall in 1989, West Berlin was an island in the GDR, heavily garrisoned by the Americans, the British and the French, and with the Soviets on the other side.

The site was used until 1969 before the checkpoint was moved to a larger site nearby, is now in a dilapidated state and includes a crumbling bridge and a run-down former cafe.