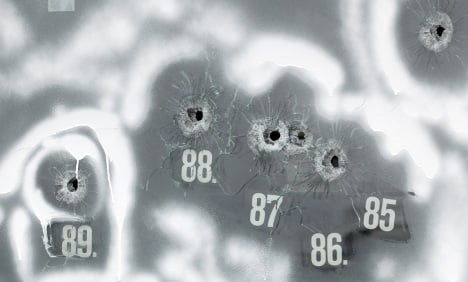 In March 2009, the 17-year-old Kretschmer used his father’s 9mm Beretta pistol in a school shooting rampage that left nine pupils and three teachers dead, mostly with execution-style shots to the head. A further three people lost their lives in a dramatic chase and shoot-out with police before Kretschmer turned the gun on himself.

Baden-Württemberg state prosecutors charged Kretschmer’s father in November 2009 with 15 cases of negligent homicide and a further 13 cases of negligently causing injury, on the grounds that he had left the gun and ammunition unsecured in his bedroom. He legally kept more than a dozen weapons in the family home.

In May the Stuttgart court ruled that negligent homicide and injury charges could be considered only if the father’s conduct had directly caused the massacre.

The court decided it could not rule out the possibility that Kretschmer would also have committed the crime if the gun, magazine and ammunition had been properly secured in the weapons cabinet. There was substantial evidence that Kretschmer knew the security combination to the cabinet, it said.

However, on Thursday the prosecution said it would still push the court to consider charges of negligent manslaughter and negligent bodily harm, which many victims’ family members have said they want.

A lawyer for the co-plaintiffs said his clients were looking for the father to offer an unambiguous admission of his guilt.

Some relatives of those killed said the trial was not about settling scores but about discovering how much Tim’s parents knew about their son’s psychological problems.

“It is not about revenge,” said Hardy Schober, who lost his 15-year-old daughter in the bloodbath. “The truth must come to light, no matter how painful it is,” he told the Frankfurter Rundschau.

Gisela Mayer, the mother of one of the victims, told rolling news channel N24: “I want to see who he is, because I think he is also a father and he wanted to bring up a son, not a mass murderer.”

According to the court, there are 41 joint plaintiffs and 19 representatives taking part in the trial. Over the course of 27 days, the court will hear testimony from 40 witnesses, among them police officers, doctors, survivors and relatives of victims.

Several psychiatric and medical experts will also be called to testify.