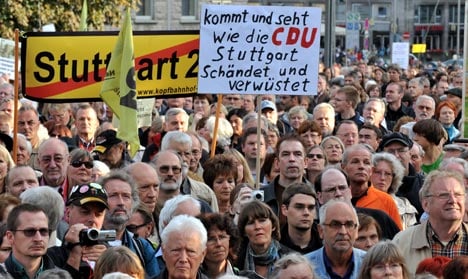 The project in the southwestern city of Stuttgart “is representative of politics being done over people’s heads … against the will of a majority of people,” the Greens said, calling for “an immediate halt” while further discussions take place.

Tens of thousands of people have taken part in demonstrations since work began a few weeks ago on the high-speed project, which is opposed by the Social Democrats (SPD), the Greens and The Left.

Planners say that the work in Stuttgart, or “Stuttgart 21” as the project is known, will cost €4.1 billion ($5.3 billion) and a new line between nearby Ulm and Wendligen a further €2.9 billion.

But the Greens cite an independent report as putting the total projected bill at around €11 billion, money they say would be better spent on modernising and expanding other parts of the country’s rail network.

They also say that the project may take until 2030 to be completed, 11 years behind schedule, and that geologists have warned about the high risks of the subterranean construction work scheduled to take place under Stuttgart.

The plan aims to make Stuttgart part of the 1,500-kilometre (930-mile), high-speed “Magistrale for Europe” across Europe.

Stuttgart’s terminus will be transformed into an underground through-station, with the side wings of the protected building, built between the wars by architect Paul Bonatz, falling victim to the wrecking ball.

The project is on course to become a major issue in state elections in Baden-Württemberg in March, where Chancellor Angela Merkel’s conservatives, who support it, could lose power for the first time in half a century.

Supporters say that when the decision to go ahead was taken in 1995, a majority supported it, and that opponents are misleading people with inaccurate claims. 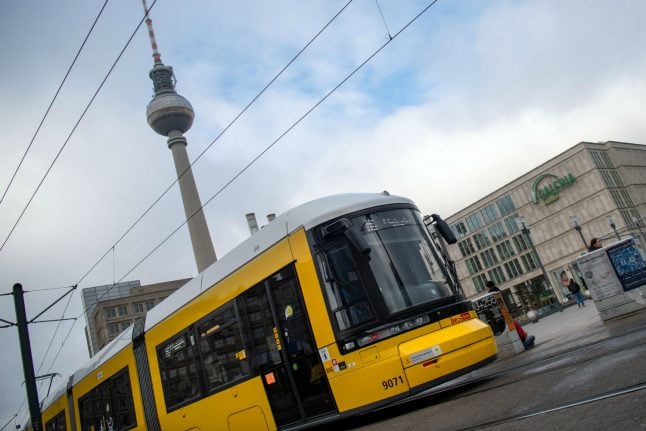