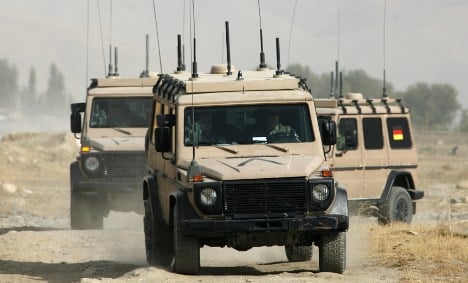 The man suffered minor injuries during the incident near a bridge some 11 kilometres northwest of a German base in the region, a spokesperson from the military command centre in Potsdam said.

According to the governor of the Char Darah region, Abdul Wahid Omarchel, Bundeswehr soldiers were inspecting a damaged bridge when an explosion was detonated.

The Taliban has claimed responsibility for the attack.

The injured man is currently being treated at a military camp in Kunduz, the Bundeswehr spokesperson said.

There have been frequent attacks on the Germans in the area recently. On Good Friday three soldiers were killed and eight injured there in an ambush.