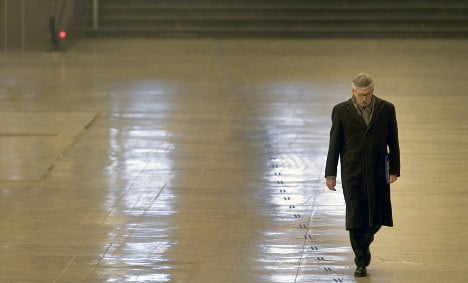 “I joined with conviction in 1973 and none of this conviction has changed,” he told daily Bild.

The SPD is now deliberating on whether to expel Sarrazin from their party for content in the book that could be seen as damaging the party, a decision he said he was anxiously awaiting.

According to Sarrazin, he received an emotional letter from North Rhine-Westphalia SPD state leader Michael Müller in late August, asking him to resign.

He answered: “As soon as you read my book I am happy to have a discussion with you about its contents.”

Later Sarrazin was told that a dialogue with him would be senseless, he told the paper.

The SPD leadership is soon expected to decide its course of action regarding the expulsion proceedings, which have focussed on the fact that Sarrazin based his criticism of Muslim integration into German society on genetic factors.

Sarrazin’s remarks include claims hat Muslims don’t want to integrate and are making the country “dumber.” Other controversial statements include that ethnic groups are distinguished by particular genes – for example that “all Jews share a certain gene.”

Sarrazin agreed last week to step down from his central bank board post following public outrage at his statements, but he has refused to give up his SPD membership.

SPD leader Sigmar Gabriel has signalled that Sarrazin’s xenophobic views are not a welcome addition to the group‘s dialogue, but other leading members are piling on pressure to keep him on board, lest the party risk sending the wrong message.