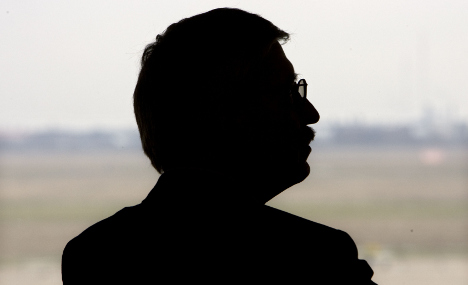 “Expulsion proceedings are unfortunately exactly what this shameless self-marketer wants,” European Union parliamentarian Martin Schulz told daily Bild on Monday. “We need to address the topics brought up by Sarrazin and not as much with the person.”

The SPD leadership is soon expected to decide its course of action regarding the expulsion proceedings, which have focussed on the fact that Sarrazin based his criticism of Muslim integration into German society on genetic factors.

Sarrazin’s remarks, which have coincided with the launch of his book Deutschland schafft sich ab – Wie wir unser Land aufs Spiel setzen, or “Abolishing Germany – How we’re putting our country at jeopardy,” include claims hat Muslims don’t want to integrate and are making the country “dumber.” Other controversial statements include that ethnic groups are distinguished by particular genes – for example that “all Jews share a certain gene.”

Sarrazin agreed last week to step down from his central bank board post following public outrage at his statements, but he has refused to give up his SPD membership.

SPD leader Sigmar Gabriel has signalled that Sarrazin’s xenophobic views are not a welcome addition to the group‘s dialogue, but other leading members are piling on pressure to keep him on board, lest the party risk sending the wrong message.

In an interview with news magazine Der Spiegel, Steinbrück stated clearly, “I would keep him,” explaining that getting rid of his uncomfortable presence would not solve problems of integration.

Struck, on the other hand, pointed to the fact that while Sarrazin’s comments may be offensive, they are his “personal opinion.”

“And that’s where one should have let it be,” he told radio broadcaster Deutschlandfunk.