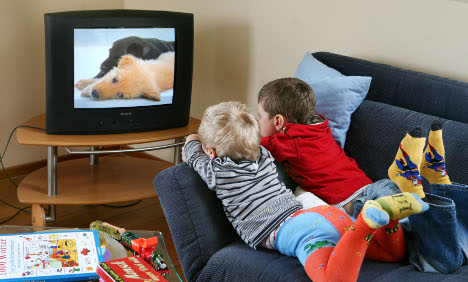 In the debate over how Germany can insure that all young people get a fair shot at an education, Lindner told daily Passauer Neue Presse that parents who do nothing to prevent their children from ditching class should be fined.

“We should at first support the parents through the appropriate range of services and help their parenting competencies,” he told the paper. “But for some it’s not a question of inability, but of unwillingness.”

Those parents who fail to discipline their children should therefore be disciplined themselves, he said.

“Legally this is possible, but authorities often lack consistency,” he said.

Linder also said that new voucher cards set to provide welfare kids with a means to access educational and extracurricular activities are only the beginning.

“In some families, regardless of whether they have an immigration background, there is a lack of engagement and attention for the children,” he told the paper. “The educational voucher card won’t help where the television was responsible for the upbringing.”

Germany’s Hartz IV welfare benefits are set to be given special voucher credit cards to access educational and extracurricular activities rather than their parents being handed cash, under a government scheme detailed in August.

Labour and Social Affairs Minister Ursula von der Leyen is introducing the programme in response to a ruling by Germany’s Constitutional Court in February that Hartz IV rates relating to children were wrongly calculated and unconstitutional.

The card system, based on a similar scheme operating in Stuttgart, aims to increase the educational and extracurricular opportunities for children from welfare-dependent families rather than simply pouring more money into the system.

The electronic chip cards will be loaded with special lines of credit: one for education needs such as extra tuition, one for school meals, one for school materials such as books and satchels, and one for extracurricular activities such as cultural and sporting pursuits.