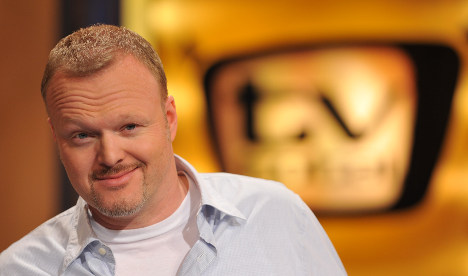 He thought it was funny. Photo: DPA

Erika Riemann was held in prisons and camps, including Bautzen, Sachsenhausen and Hoheneck after the end of the war – for drawing lipstick on a portrait of Stalin hanging in her classroom when she was 15, according to a report in Der Spiegel on Saturday.

She appeared on the Johannes B. Kerner television show to talk about her experiences in 2002.

During the show Kerner asked her to describe some of the verbal abuse handed out by her Russian captors. She reluctantly said that they would shout, ‘Fuck your mother’ at her.

Raab took a video clip of her saying the phrase and used it out of context in his television show ‘TV Total’ in November of the same year.

Riemann’s lawyer Frank Roeser said she was portrayed by Raab as a primitive old woman who used dirty language, in a disrespectful and unscrupulous fashion.

The clip of Riemann is now on Youtube and has been viewed hundreds of thousands of times, he said.

“We will follow the wishes of Ms. Riemann and not use the clip any more,” said Andreas Scheuermann, manager of Raab’s firm Brainpool, which produces his television show.

Brainpool would not comment on Riemann’s claim for €35,000 compensation.

Raab has caused controversy and outrage before with his use of clips of people in other shows. In 1999 Raab recorded a song mockingly using a phrase spoken by a woman from Saxony during her description of a feud with her neighbour.

The song became a huge hit and the woman’s house was regularly besieged by people playing it. Although she is thought to have made some money from the months of attention, she later reportedly needed psychiatric treatment.