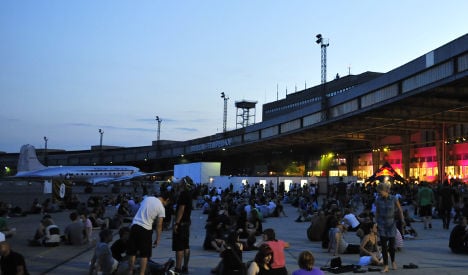 Festival spokesman Carsten Stricker told Radio Eins on Saturday morning that several hundred people were trying to enter the hanger but it was already full, and a crowd built up in the entrance, prompting organisers to call the whole thing off.

Stricker admitted that fears of a repeat of this summer’s Love Parade disaster in which 21 people were killed in a crush, were uppermost in organisers’ minds when decided to close down the festival.

“Everyone has been very sensitised by what happened at the Love Parade,” he said.

“There was the beginning of some unrest among the crowd and of course everyone had the images from the Love Parade before their eyes.”

A statement on the festival website said organisers are aware they could be accused of having been over cautious, but that safety concerns were given priority.

The two headline DJ acts, 2manydjs and Fatboy Slim, were unable to play and efforts are being made to organise substitute dates.

Saturday’s festival will start slightly earlier than planned, and will finish promptly at midnight said Stricker.