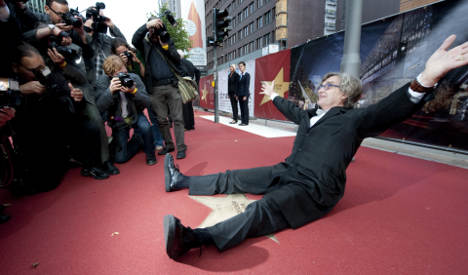 The boulevard features such people as Rainer Werner Fassbinder, Werner Herzog and Romy Schneider, and runs along the central strip of Potsdamerstrasse.

The German capital’s Mayor Klaus Wowereit officially opened the boulevard with film producer Artur Brauner, while a host of film greats including Wim Wenders, Doris Dörrie and Armin Müller-Stahl were in attendance to see their stars.

The first 40 brass stars were embedded in the ground over the last few weeks, while organisers say up to 150 can be laid there.

Potsdamer Platz, and Potsdamer Strasse have been steeped in German movie history with not only cinemas aplenty, but also the film museum – and of course the Berlinale film festival is based there each year.