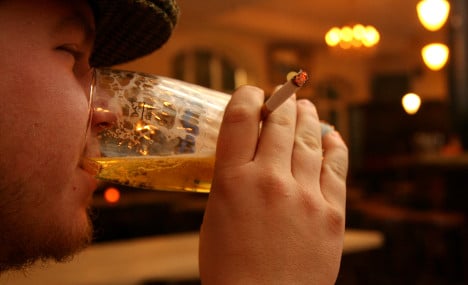 “Clearly there is room for luxury items in benefits for the long-term unemployed,” Dyckmans told Dresden daily Sächsische Zeitung.

The pro-business Free Democrat said that those who believe Hartz IV welfare recipients shouldn’t be able to drink and smoke is “simply being populist.”

But temperateness remains an important factor, she said.

“From a health perspective every person – including Hartz IV recipients – should not smoke and only drink moderately,” she told the paper.

“Regarding the tobacco tax we first need to create a level playing field,” she said. “Many smokers have moved to fine-cut rolling tobacco and roll their own cigarettes now, because it’s cheaper due to the lower taxes.”

Instead of raising the tax on a pack of smokes, the government should instead insure that cigarette smuggling is reduced to insure that they are paid at all, she told the paper.

The goal of hiking taxes should not be filling government coffers, but rather creating an incentive for healthier living, she said.