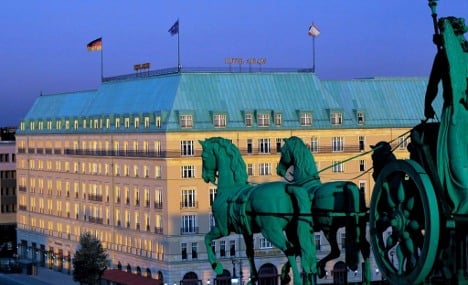 Berlin’s reputation as a ‘hip’ tourist destination has brought much-needed growth to the German capital. By the end of 2010 overnight stays will have reached a record 20 million. Meanwhile the number of hotel beds will soon exceed 112,000 in some 700 locations.

The notoriously poor city works hard to foster tourism, as it provides the only source of indigenous industry. As a result, visitors to Berlin are spoiled for choice when it comes to finding somewhere to stay, from hotels with built-in music studios to rooms with eco-parquet floors for asthmatics.

But compared to other European cities, visitors to five-star hotels are relatively few. Famed for its low-cost nightlife and weathered facades, few people come seeking luxury, as the growing numbers of cheap hostels for younger tourists shows.

Yet as Natascha Kompatzki, spokeswoman for the Berlin’s city tourism board (BTM) argues, many visitors from other European countries (particularly France, Italy and the UK) come to Berlin to stay in posh rooms that would be out of their price range at home.

To this end, new investments in the luxury hotel market seem to be proceeding at breakneck speed. October will see the opening of the Hotel Scandic at the central Potsdamer Platz. The behemoth establishment of 563 rooms and suites will be followed a month later by the NH-Group’s 300-room “lifestyle hotel” in the Friedrichschain district.

The Holiday Inn group is also currently planning to open a luxury hotel at the famous Alexanderplatz, while a branch of the Waldorf Astoria is set to open close to Zoologischer Garten in late 2011, the first of its kind in Germany.

The problem will still be finding people to stay in the mushrooming numbers of luxury suites, though. Berlin’s already existing five-star hotels are on average less than 50 percent occupied. Moreover, the pressure to price luxury rooms competitively is increasing, meaning these hotels are unlikely to cash in on maximum profit from guests they do attract.

Growing competition has caused luxury stalwarts such as the famous Hotel Adlon (or perhaps infamous in reference to a certain late superstar photographed dangling his baby a penthouse window) to have something of an identity crisis. New manager Olivier Eller emphasizes that while “it would be insane to go throw tradition overboard,” he is still “a man in favour of change.”

Either way, the Adlon managed satisfactory summer figures, although Eller attests that “the city continues to price itself lower, which makes things harder for luxury and excellence.”